Loqui also known as Loquita (little crazy one), but not to be confused with Loki (he shape-shifting trickster and Norse god of mischief and fire).

“Mama, can you tell me the story about the time you saved me?”

“Of course, my sweet Loquita.

“It broke my heart when I took your sister and left you and your brother.  I did sneak into your yard and give you Pequeña’s second anti-parasite pill.  I wanted to do everything I could for you.  When Hurricane Blanca arrived and those people tied you and your brother to the tree outside and left you, it made me crazy with anger, fear, and sorrow. I tried to go out and rescue you then but the wind and the rain were so strong I couldn’t even open the door.”

“They were bad, bad people, weren’t they mama?”

“No, Loquita.  They were very young and uneducated.  They were only 16 and 20, and they already had a one-year old daughter.  I don’t even know if they even completed eighth grade.  I want to believe they just didn’t know better, cariño.”

“Yes, Loquita, mi preciosa, you almost died.  But you didn’t.  Less than a week after the hurricane you came stumbling and weaving into my yard, followed by the lady.  She was frantic.  You were so sick, she told me she had tried everything but she just did not know what to do.  Could I help? 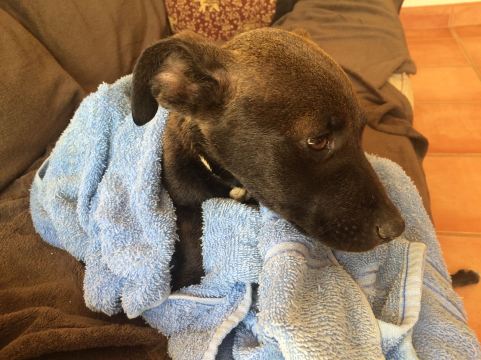 “I bundled you up in a towel, climbed behind the wheel of the RV with you safely in my lap, and drove you to Dr. David.  He took one look at you and shook his head.  It didn’t look good.  He told me that he could give me all the meds and the IV fluids and I could take you home and treat you, or I could leave you with him and he would do it.  I left you in his caring hands.  He immediately gave you anti-vomiting and anti-diarrhea meds and hooked you up to a saline drip.  You, my poor baby, were completely dehydrated from lack of water and shade. Nada mas.  As I was walking out the door, barely holding back the tears, he told me to pray for you.  With those words, the tears of rage, frustration, and worry burst from my eyes and streamed down my face.  How can people be so stupid?  Educated or not, those people were stupid stupid stupid!”

“I was barely able to drive the mile home through the sobbing and the tears.  Once home, I gathered Luna and your sister on the bed with me, held them close, and prayed. I’m not a religious woman but there was nothing more I could do.”

“He did, mi camote. It was touch and go for few days. I checked on you Saturday.  You weren’t doing great but you were hanging in there.  They weren’t optimistic but they had not given up hope.  Monday I went in and asked if I could hold you.  They told me you were very stinky from being so sick, but I could hold you.  They brought you out in a crate, hooked up to an IV, soiled with you own excrement and vomit. They wrapped you in a towel and placed you gently in my lap.  I held you and whispered to you, I kissed your sweet head and showered you with tears. I told you to get better so you could come home to your sister, mama Luna, and me. 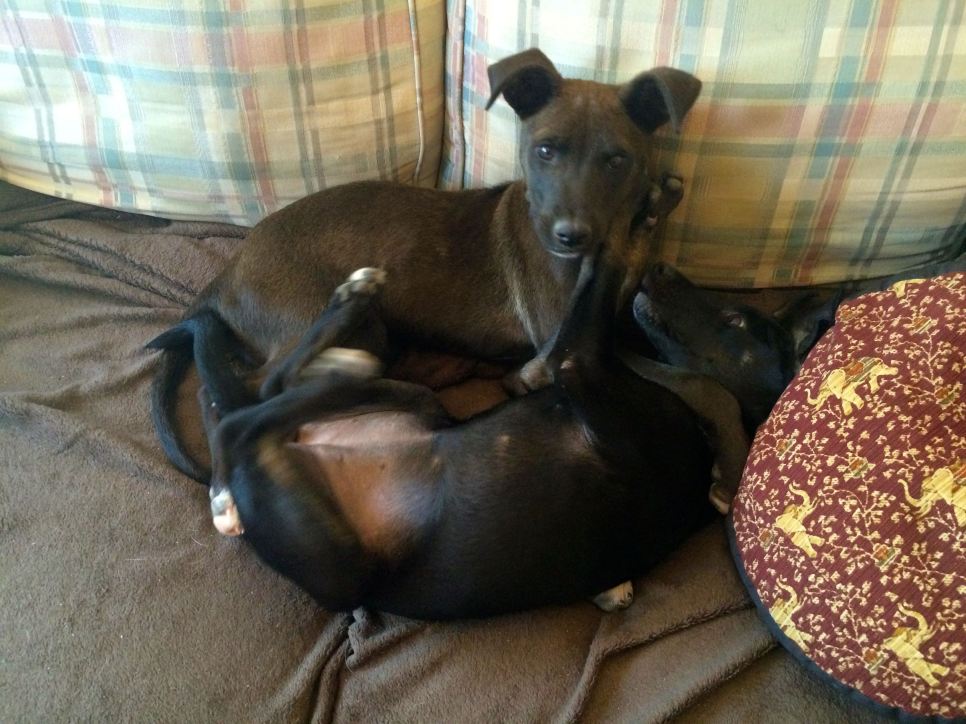 “The vet’s wife told me that the other lady came down and demanded that they give you to her, she yelled and screamed, but Olivia quietly told her that since she did not bring you in, she could not take you.  When I saw her that evening, I told her in my best Spanish, ‘you are not going to kill this dog, she is mine now.’

“That is the day you adopted me, mama?” 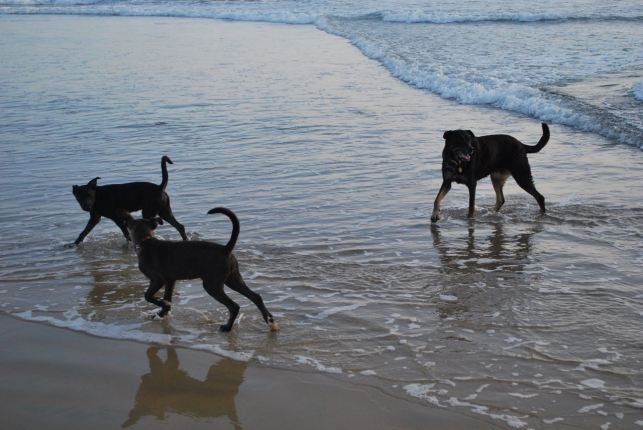 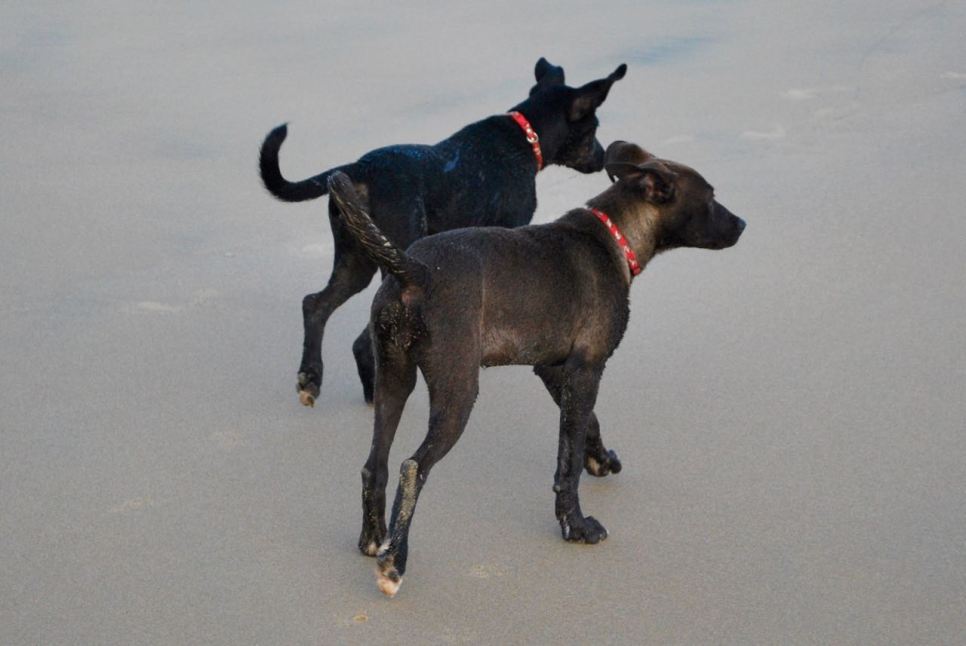 “Yes, Loquita, my sweet love.  That is the day you became my own crazy baby girl.” 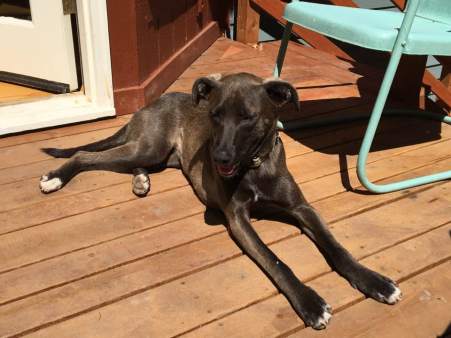