The Queen of the Bean

The other day it dawned on me, I am a female athlete of a certain age.  As such, my need for protein has increased dramatically.  Given that my diet is predominantly vegetarian, this poses something of a challenge.  I track my nutritional intake daily and I’m lucky if I hit 50% of my RDA of protein. I am the first to admit that I can be a bit slow at times, but it finally hit me that beans, my dietary staple since my early days as a vegetarian, are packed with both fiber and protein, and they are low in calories.  Just one cup of cooked beans has an average of 225 calories and nearly 20% of your RDA of protein.  I had been slacking on my bean consumption, which was a stupid omission on my part. Therefore, The Bean Queen has returned!

It was the mid-80s and I was on exchange in London when I quit eating meat.  It was “a thing” amongst my friends in London and Cambridge. Not surprisingly, it was also a thing in my hometown of Portland, Oregon.  My oldest brother and his girlfriend had forsaken meat as well.  I had plenty of role models.  I looked up to my big brother and I adored his sassy girlfriend.  Morrissey was crooning about meat and how it was murder.  Sting, Robert Smith, and Paul McCartney were all vegetarians, some more vocal than others.  Back in the 80s it was cool to be vegetarian.  Of course I wanted to emulate “cool”, but I also had a horrific experience that opened my eyes to just how “un-cool” meat was.

Back home in the USA, meat is precisely cut up, placed in Styrofoam plates, covered neatly with clear plastic wrap, and labeled “chuck, brisket, sirloin, round, shank, flank, skirt…”.  I remember Morrissey saying something like, “A kid would not even know that the package contained pieces of cow!”  But Morrissey said a lot of over-the-top things about eating meat.  While in Europe, I would learn that reality is a wee bit different.

I was kicking around Cork, Ireland and stumbled into a market that encompassed one entire square block.  I thought it would be like the Portland Saturday Market with an eclectic collection of food stalls (both raw and prepared), arts and crafts, patchouli oil, and street buskers.  I could not have been more wrong. By the time I was dead center, I realized the entire square block was devoted to flesh.  I’m not talking about red-light district flesh, but animal flesh of every variety – fish, fowl, and fauna.  Every variety of meat was displayed in its original packaging, either still kicking, flopping, or squawking, or dead and hanging.  Men in blood-stained white-aprons were running past with the gutted carcass of an entire pig thrown over their shoulder, or the dry-aged leg of mutton that has rotted to a light shade of green.  Hanging from some stalls were strings of aged, un-plucked pheasants, the meat seemingly dripping off their feet.  There were miles of ground up animal, stuffed into pig intestines that doubled as sausage casings.  Even more horrific than the visual was the stench.  The air was filled with the stink of blood, death, rot, and decay.  My nostrils were burning, my eyes watering, and my guts were churning.  I’m sure I threw up in my mouth, more than a little, as I dodged butchers and animal carcasses, racing towards the nearest exit.  That day I vowed to quit eating meat forever.

Back at the University of Oregon in Eugene, it was simple to continue my vegetarian ways.  At the time, Eugene was a university town filled with a bunch of patchouli-stinking, Birkenstock-wearing, granola-eating hippies. (Note: while I have been known to wear Birkenstocks, I do cook and eat granola, my hair tends towards dreadlocks if I’m not careful, and I have been accused of being a stinky hippy, I have never dabbed patchouli on my body).  There was a plethora of community-based, natural and organic markets, lined with bins of dried goods and aisles of essential oils.  It was during that time I became known as “The Bean Queen.”  My diet consisted mainly of bean soups, vegetable pastas, Nancy’s yogurt(a dairy run by the family of Ken Kesey, of Merry Prankster and One Flew Over the Cuckoo’s Nest fame), and homemade granola.  I experimented with every variety of pea and legume available and honed my recipes to the easiest and most delicious possible.  My first vegetarian cooking bibles were Laurel’s Kitchenby Laurel Robertson, Carol Flinders, and Bronwen Godfrey, and Frances Moore Lappe’s seminal Diet for a Small Planet. Moore Lappe is still well respected, but she regrets eschewing the misnomer that one must eat beans and rice together because alone they do not make a complete protein.  Moosewood Cookbookby Laurel Katzen would complete my trilogy a few years later.

I remained true to my word until one fateful night of San Francisco debauchery.  The barbeque was in full swing.  Fueled by a significant amount of alcohol and a couple hits of weed, the smell of the barbequed chicken was overpowering.  I could not resist.  I went home that night, curled up in a ball, and cried like someone had killed my dog.  I then beat myself up for being a “foul eater of fowl” for the next few weeks.  That night put me back on the path of the righteous. Until that other fateful day when I was riding down the multi-use path and taken out by an off duty cop in his Toyota Tacoma.

That was in 1997.  I was racing my bike and training as if I was a pro.  I was hit by said vehicle, thrown from my bike, sent to ER in an ambulance, and eventually went under the knife to repair my knee.  A nurse friend suggested I might need a bit more animal protein.  I took his advice, adding poultry to my diet, and I found that my body was healing more rapidly, especially simple wounds that in the past would have become infected and taken forever to heal. Since then I’ve rotated through almost every alternative-eating plan imaginable:  vegetarian, vegan, pescaterian, lacto-ovo vegetarian, pesco-pollo vegetarian (oxy-moronic for sure), but I have never returned to eating beef, pork, bison or buffalo, venison, alligator, rattlesnake, or any other red-type meats. These days, I like to think of myself as an “opportunist eater”.  I eat healthy food, occasional augmented with chicken or seafood if my body seems to crave it.  Since my Lyme diagnosis and the elimination of sugar, dairy, gluten, and alcohol from my diet, my “opportunities” have dwindled dramatically.  I am just relieved that I’m still able to consume legumes!

But I’m here to show everyone that cooking up a pot of beans is cheap, healthy, and a whole lot easier than you ever imagined.

Frijol Flatulence Factor
Refer to cooking chart above, in general, the longer it takes a bean to cook, the fartier that bean will be

Heat oil over medium-low heat, add onion and salt. Sauté onion until translucent, about 10 minutes.  Add garlic and chili peppers, sauté another 4-5 minutes.  Stir in honey and mustard, add spices and stir.  Stir in beans and sauté for another couple minutes.  Add enough water to cover the beans, turn heat to low, simmer with lid on but slightly askew.  Stir occasionally and add water as beans expand.  When beans are cooked through, about 45 minutes, add chopped vegetables, stir in, add more water if necessary and cook until vegetables are barely cooked.  If the vegetables are barely cooked they won’t be mushy when you reheat the soup. Finally, stir in tomato paste, salt, and pepper to taste, serve with your favorite condiments. 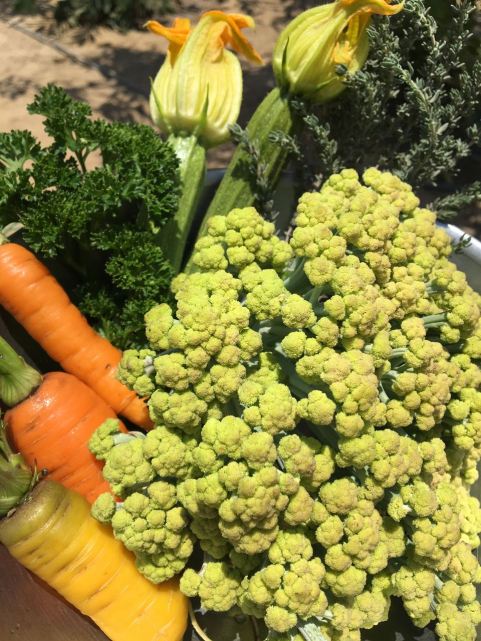 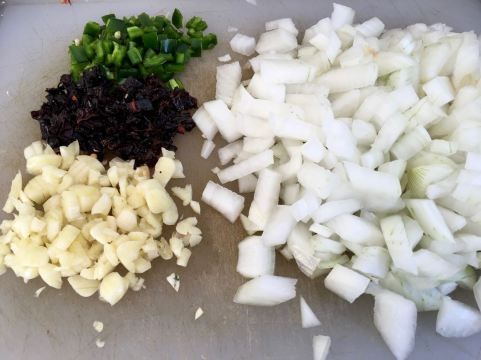 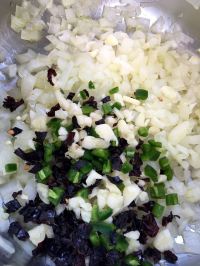 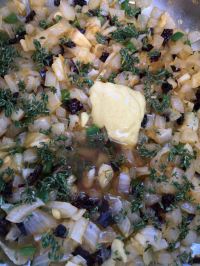