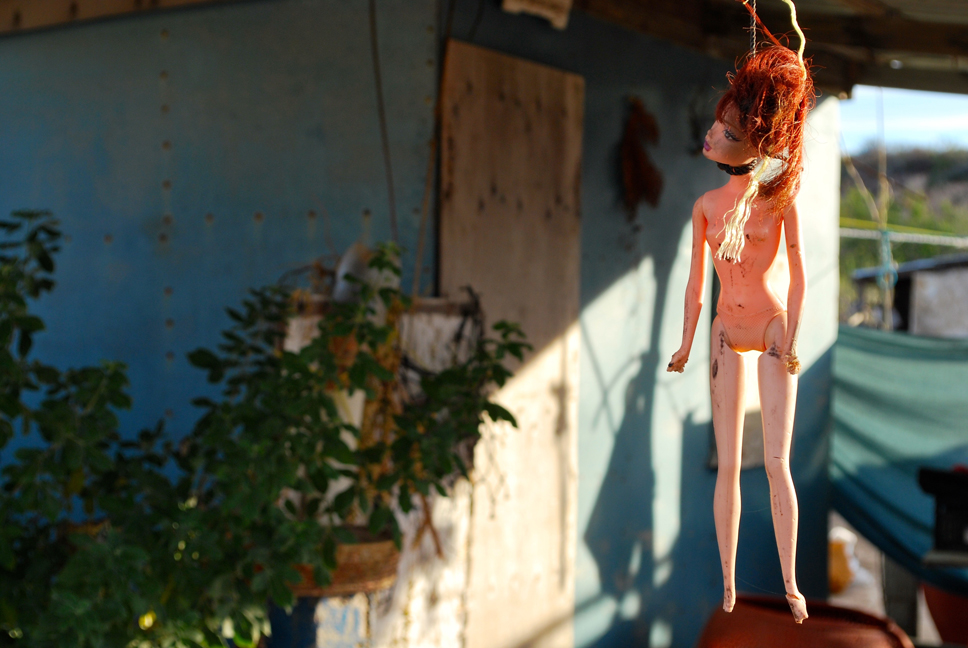 After being poked by Capitan Ron, I stumbled across a row of sharks being flayed and eviscerated. Yes, that was my Los Frailes greeting. There was a long row of tiburones, including the strange and fascinating hammerheads. The next sight down the beach, was a bunch of shark heads tied to a plastic jug. After finishing up with the sharks, they throw their heads and the buoys back into the water in hopes that the fish will clean the skin and meat off the bones, leaving nothing but the jaws and teeth, which are sold for a lot of money. As interesting as it is to see these feared creatures up close and personal, the fishing of these magnificent creatures is ripe with controversy. 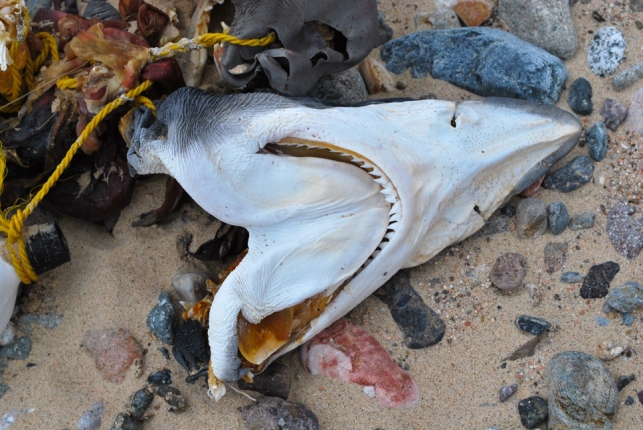 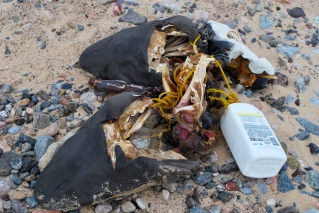 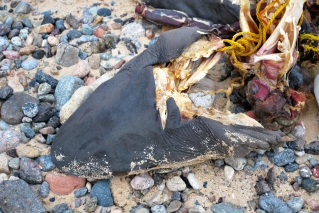 México Pelágico is an amazing and beautiful documentary about the sharks of Mexico, in general, and Baja in particular. I watched it on a whim on Netflix, and my heart leapt when they hit the first beach ~ that was MY beach! They were taking off from Punta Lobos, the fishermen’s beach here in Todos Santos. The movie explores much of Baja, taking you to many of the places I’ve seen. The shark fishing village they visited wasn’t Los Frailes, but it might as well have been. It is a fascinating look at sharks. After watching this documentary, I guarantee you will be on the front lines boycotting shark-fin soup.

Los Frailes is a very interesting story. It is right on the edge of the Parque Nacional and the protected region of Cabo Pulmo. One family has the fishing rights to the entire Los Frailes area. When I was there, it was shark season. There were about a dozen fishermen living in the village at the time. It wouldn’t surprise me if they were all members of the same family. On weekends, the wives, mothers, children, and grandchildren arrive to hang out with the men. The rest of the week is a bit like a well-behaved stag party. They hung out around the campfire, sang, jokes, and horsed-around. In the morning they would rise with the sun and head out for the day. Beach boat launchings and landings are a sight to see. When they land, they stall for a bit just past the break, rev up their motors, then they ride the perfect wave in and as far up the beach as possible, lifting their motor out of the water at precisely the right moment. There is one beat up old truck that runs around the beach, gassing up the motors and pushing the boats up the beach out of the high-tide zone, or down to the beach in the morning to launch. Also fascinating is how these fishermen work together as a community in all aspects of their existence during the season. They say they travel outside the boundaries of the park before dropping their lines.

I was told that during other times of the year, the beach will fill up with as many as 80 boats (at 2-3 men per boat), when the other types of fish are in season. I have also heard that the well-behaved stag party gets pretty out of hand sometimes. But this is during the summer and most of the gringos have gone north, so nobody is there to complain about the ruckus.

…and then there are the happy weekend warriors.